Have a look at the program mehr 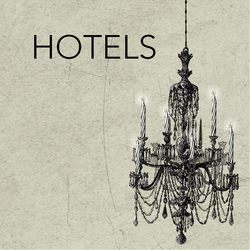 Find some useful information about Leipzig, the venue, hotels and more mehr 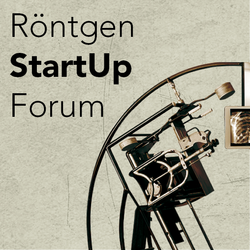 The German Radiological Society (Deutsche Röntgengesellschaft, DRG) invites all radiology startup companies to pitch their solutions to radiology healthcare professionals at their annual congress in Leipzig from 29 May - 1 June 2019. mehr

Invitation by the Congress Presidents

On November 8, 1895, Wilhelm Conrad Röntgen discovered “a new kind of rays”. Hardly any other discovery in modern times initiated such a profound change in the fields of natural science, of cultural science or, particularly, in the fields of medical science. The world was awakening to undreamed-of possibilities for discovering diseases and dramatically improving their chances to be cured. Ever since then, the progress in radiology is marked by a continuous development of innovative technologies as well as the testing of new methods for diagnosis and treatment. Today, its imaging techniques constitute an integral part and an essential requirement for an efficient and always patient-oriented primary health-care of high quality in Germany.

Focused on the future

As soon as in 1905, the first German Röntgen Congress (Deutscher Röntgenkongress - RöKo) was held in Berlin under the impression of the fast-paced success of these „x-rays“ to “analyze the achievements of the elapsed time as well as to induce a discussion concerning the current status of radiology and how this special science can be brought to its best success in the future”.

Today, the German Röntgen Congress, initiated by the German Röntgen Society (Deutsche Röntgengesellschaft e.V. - DRG) and attended by almost 7,000 participants, is the major and most significant German-language convention for medical imaging. Once a year, radiologists, medical physicists, radiographers as well as industrial representatives meet to gather information about the results of the latest researches and their impact and applications in hospitals and doctor’s offices and to discuss it as well as to show new ways in health care. In addition to that, the German Röntgen Congress and its extensive program bear to the requirements of continuous professional education.

From 2016 to 2020, the congress takes place at the Congress Center Leipzig (CCL). With its cultural diversity, its economic prosperity and 500 years of experience in staging congresses the Saxon metropole offers the perfect environment for a special medical discipline that is characterized by modernity, a consciousness of tradition, a wealth of facets and innovativeness.

Its motto “Unity in Diversity” builds the bridge between the unity of radiology, shown in the first congress, and the ever growing diversity in radiology in terms of technology and medical application, its’ integration in clinical supply-processes and the people working in this area.

Committed to tradition and a defined self-concept, the DRG takes the occasion in celebrating this special jubilee to focus on topics not only vividly and impressively flaunting the skills and potential of radiology, but also the immediate relevance for the further development of healthcare in Germany.

„Radiology 4.0“ focuses on the potential and prospects arising out of the progress in digitalization. The main topic “Early diagnosis” underlines the growing significance of imaging techniques especially in the area of fighting cancer. We also focus on new prospects growing out of the amended version of the German law of radiation protection. “Young and Old” on the other hand not only emphasizes the specific requirements for imaging techniques for children and adolescents but also broaches the issue of diseases such as Morbus Alzheimer, which will increasingly gain in importance due to the demographic change and a rising life expectancy.

More than 350 sessions and about 1,000 speakers form a visible expression of the diversity in radiology and the enormous knowledge concentrated in this long-standing discipline.

We look forward to welcoming you in Leipzig!

RöKo International is sponsored by: 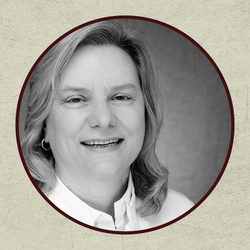